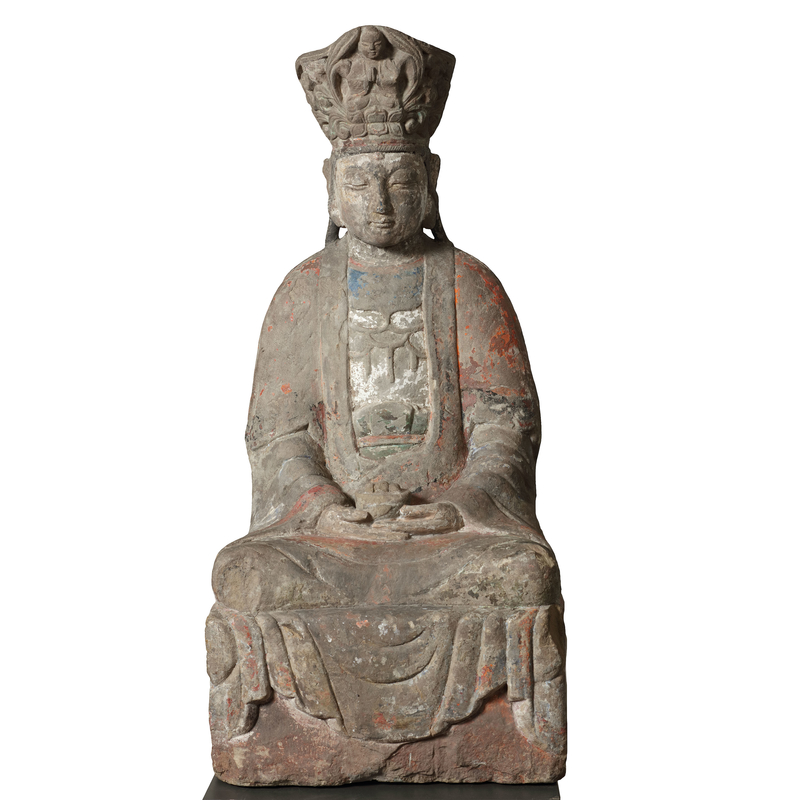 Shown seated in dhyanasana, dressed in long flowing robes open at the chest revealing a beaded necklace suspended with multiple tassels and hanging loosely in crisp folds over the edge of a rectangular pedestal. The serene face has downcast eyes, and is surmounted by a high elaborate diadem centred with a figure of Amitabha Buddha emerging from blossoming lotus, the hands in dhyanamudra holding a bowl with offerings. With traces of polychrome pigments. 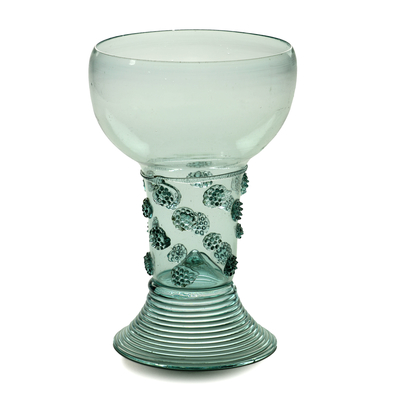 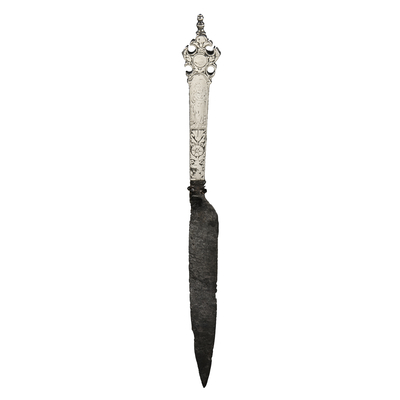 Knife with an engraved silver handle