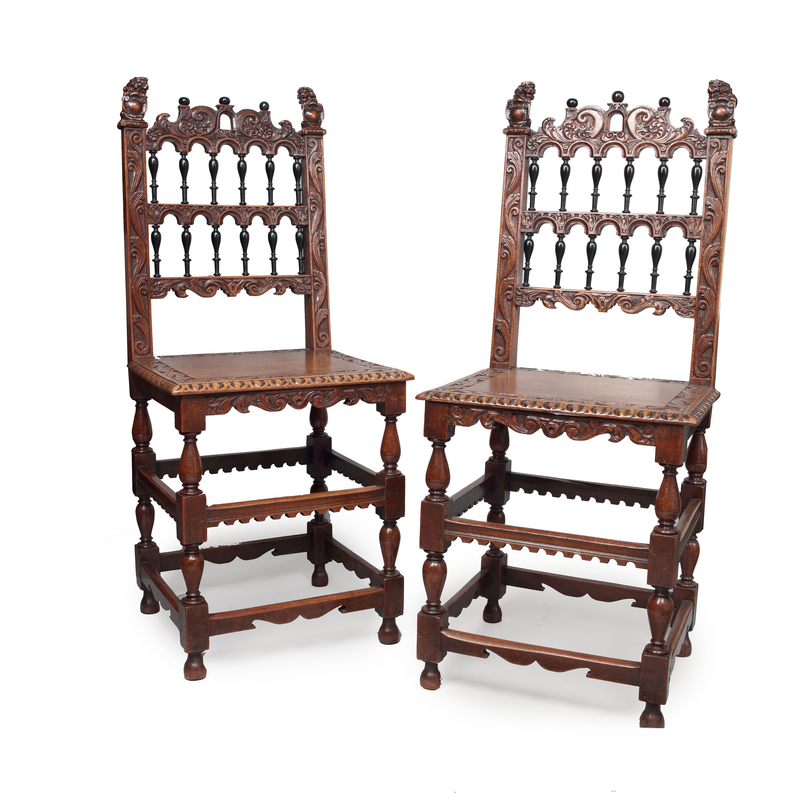 On the basis of their craftsmanship, these chairs can be dated to circa 1630-1650.
The backrests have baluster turned ebony bars and the chairs have a toothed sport and seat plinth and they are surmounted by heraldic lions. The bars are decorated with scrolling foliage.
The seats are made of wood and have never been upholstered. Several variations of these chairs are known, both with and without upholstered backrest and seat. They are often depicted on seventeenth-century paintings, for example on those by Frans Hals.

A great example can be seen on this painting by Frans Hals:

https://commons.wikimedia.org/wiki/File:Portret_van_een_man_Rijksmuseum_SK-A-1246.jpeg These chairs were still popular in the third quarter of the seventeenth century, proven by the fact that Vermeer depicted them in his paintings as well.

The phrase ‘Spanish chair’ is initially used around 1540 in the Southern Netherlands when the guild of furniture-makers in Antwerp used the phrase in one of their texts. The characteristics of a Spanish chair are the high backrest and straight seat that are both upholstered with leather. The top bars are usually surmounted by a lion.

The phrase derives from the leather that was made in Cordoba and from the seventeenth century onwards in Holland as well. The current chairs with their beautifully carved backrests with turned bars prove that they were also made without the leather upholstery. Because such bars were also used in Venetian chairs, this may have been influential on the design and popularity of such backrests. They are still called Spanish chairs, after the model. 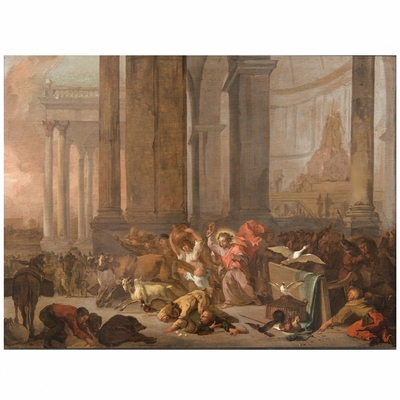 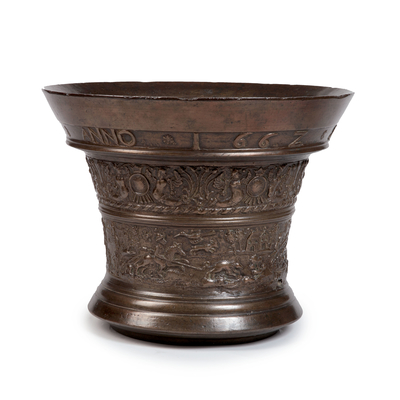 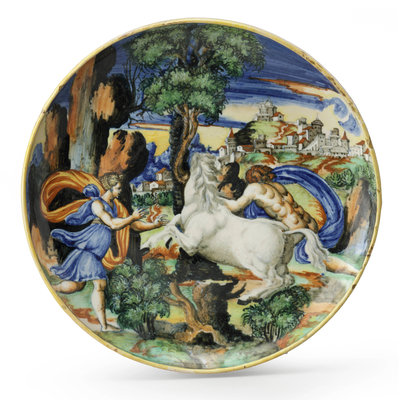