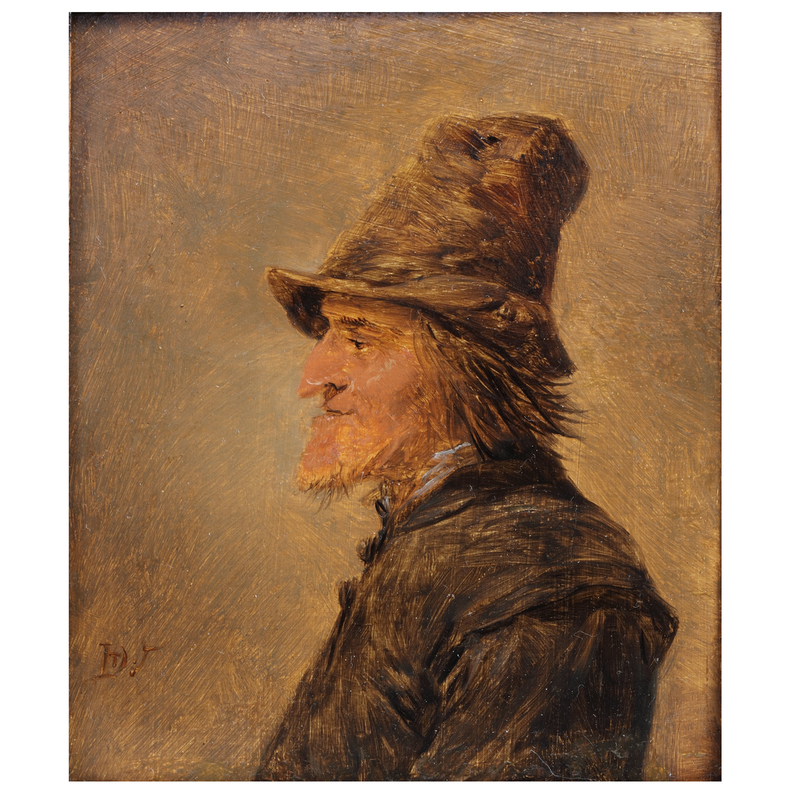 David Teniers the Younger, 'A tronie of a peasant'

This tronie of a peasant with a wild beard and a hat is a beautiful small sized painting by David Teniers the Younger. The painting is monogrammed Dt.F lower left.

Since the sixteenth century there has been a tradition in the Netherlands, to which, among others, the Brueghel the Elder has contributed, of small paintings with half figures or studies of heads. In the first half of the seventeenth century, genre painters such as Adriaen Brouwer, Joos van Craesbeeck, David Rijckaert III and David Teniers II used this image format to record the effect of the mood on facial expressions. The painting was painted in a loose style typical of the later work of Teniers, when he was working in Brussels, according to M. Klinge, the author of several books about David Teniers II.
The composition of the painting can easily be compared to a drawing by Teniers of a similar man, but here with a glass in his hand in a Parisian private collection (Teniers 1991, p.315). 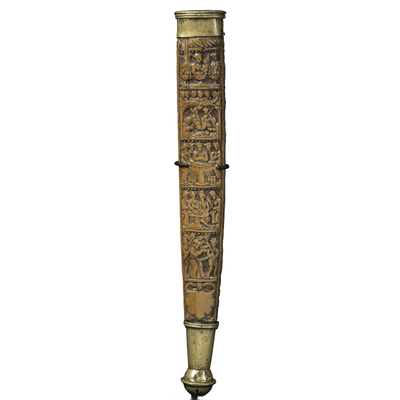 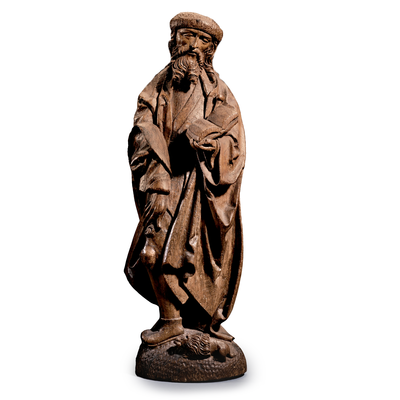 An oak sculpture of Saint Roch