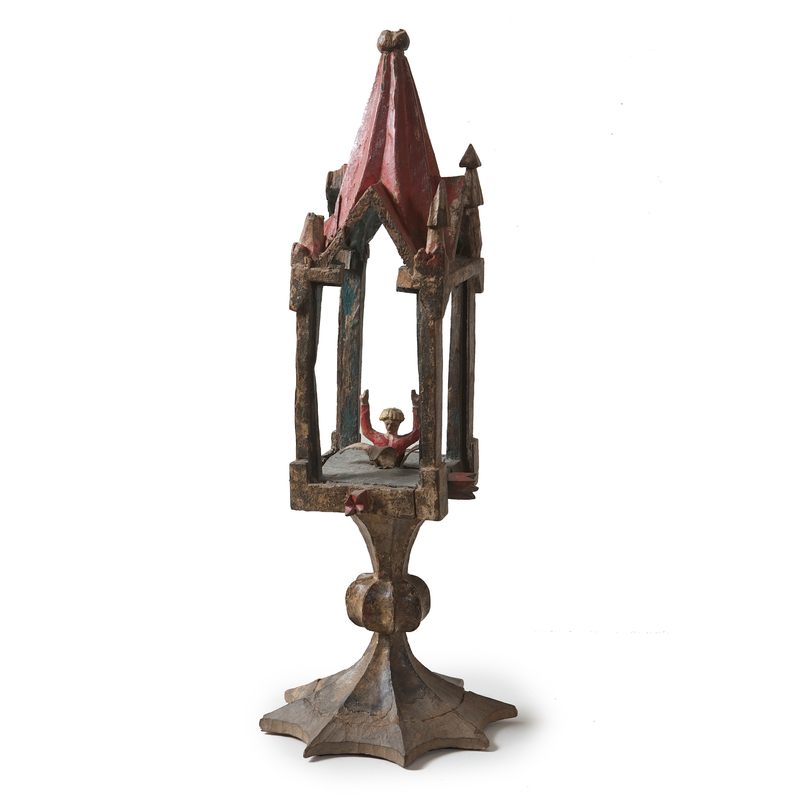 In a monstrance the consecrated wafers were displayed. In the fifteenth century the monstrance became a customary ecclesial object. The design resembles that of reliquaries. This monstrance however is very rare because of the material used. Usually a monstrance was made of metal.

This monstrance is shaped as a church tower. The figure in the middle arises from a lily and has raised arms, in which the consecrated wafer was placed. The figure is possibly Archangel Gabriel, in the arts he is often portrayed with a lily as a symbol of the Virgin. The lily also is a symbol of charity. 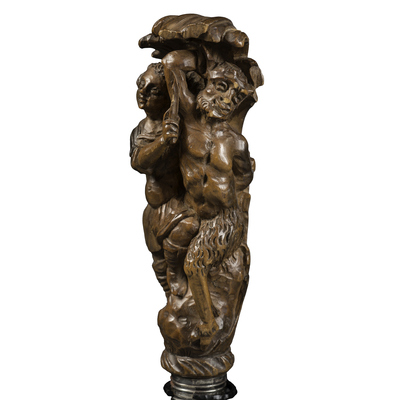 A carved knife handle with Apollo and Marsyas 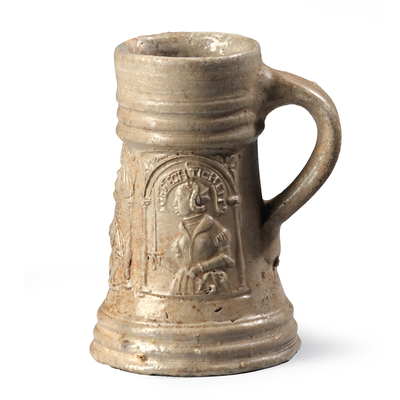