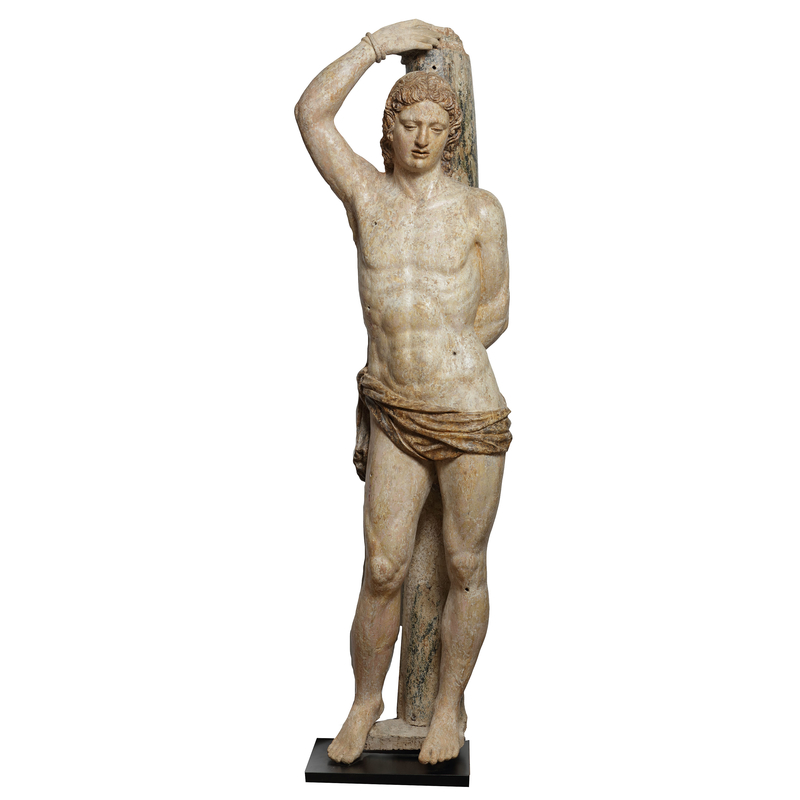 Sebastian is shown in standing position tied against a pole and nude except for a cloth tied around his waist. Several holes are in his body.

Saint Sebastian was a Christian and martyr from Milan in the third century AD. He secretly converted to Christanity and helped those who suffered from persecutions. According to legend, he was killed during emperor Diocletian's persecution of Christians by being tied to a post or tree and shot with arrows. He was, however, rescued and healed by Saint Irene of Rome. Shortly after his recovery he went to Diocletian to warn him about his sins, and as a result was clubbed to death. He is the patron saint of archers, soldiers and sufferers of the plaque and therefore a popular figure in the Middle Ages. He is often depicted. The opportunity to depict a near-nude youth in a contorted pose also helped his popularity among artists. 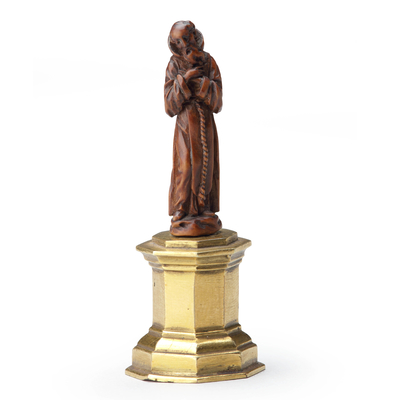 A boxwood carving of an apostle 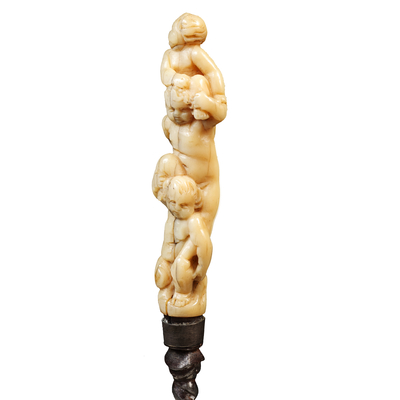 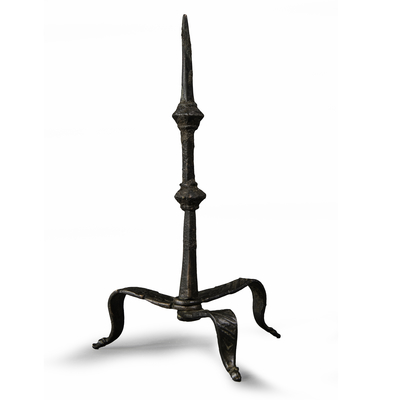