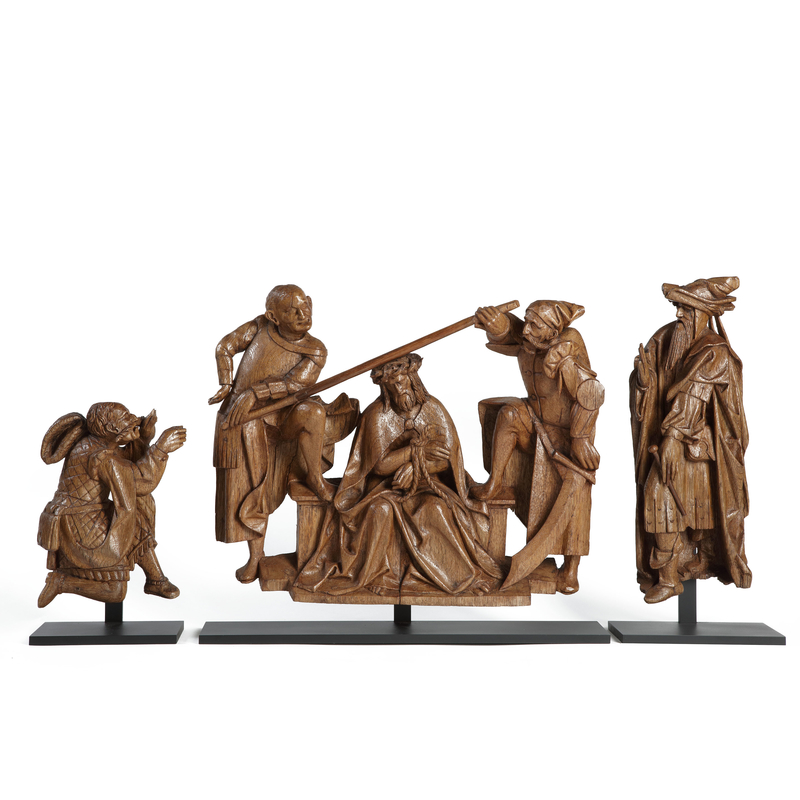 Flemish Gothic oak group of The Mocking of Christ

Christ at Golgotha, on his way to his Crucifixion. Group consisting of three sculptures. In the centre a seated Jesus with the Crown of Thorns. Surrounded bij flagellants, soldiers and some of his fellows.

Netherlandish sculpture reached its zenith in the Middle Ages, with Brussels, Antwerp, and Mechelen as the leading centres of production. Starting in 1525, Antwerp became the most important producer and exporter of sculpture and altarpieces.The high demand for altarpieces from Antwerp led to a great production. From the mid-15th century, the first sales buildings opened, which were the showrooms of their day. Sculptors would sell ready-made and semi-complete altarpieces. 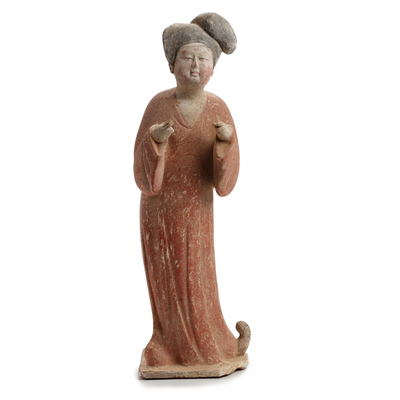 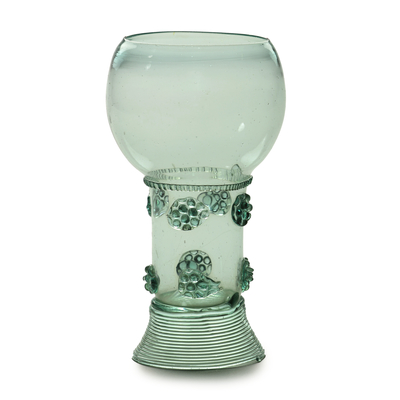 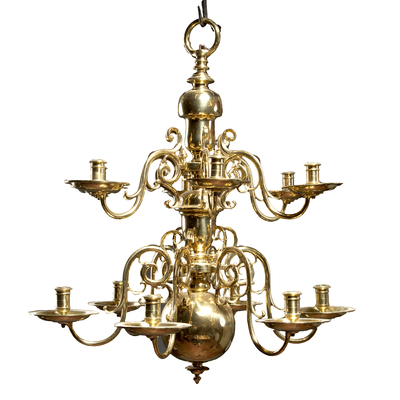