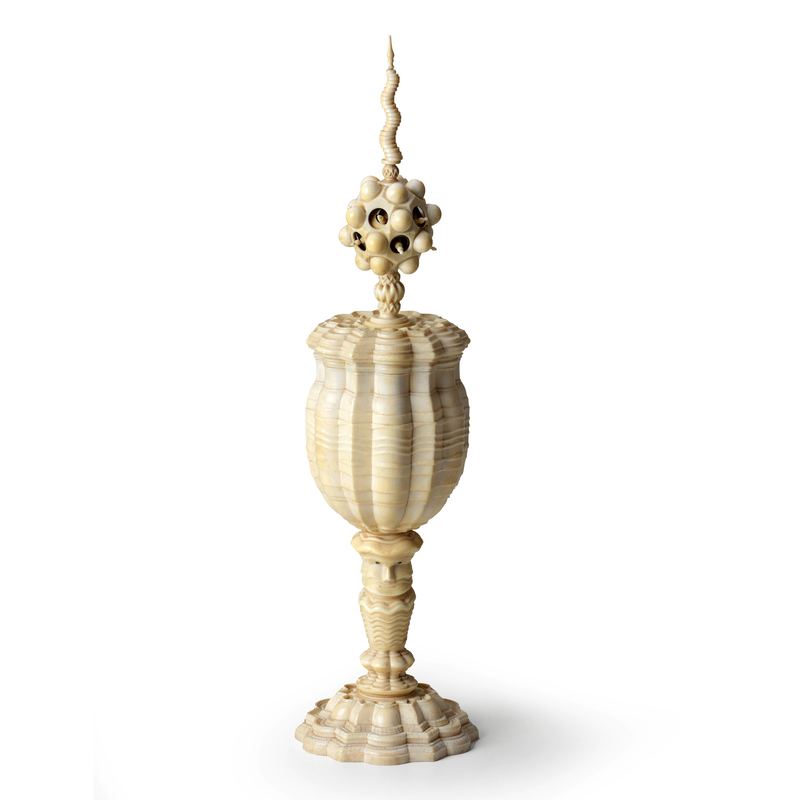 An ivory covered cup with a globe

Turned ivory, the figurative stem in the form of a Turk with metal inlay. The technique of forming objects on a lathe, or turning, reached a high degree of complexity in the Renaissance and Baroque eras, when French, Italian, and Central European workshops produced paper-thin hollowed-out shapes from single blocks of ivory. Clerics and noblemen embraced turning as a hobby. Among the rulers who collected masterpieces of turning for their Kunstkammern and practiced the art themselves were the Holy Roman Emperors Maximilian II (r. 1564–76), Rudolf II (r. 1576–1612), and Ferdinand III (r. 1619–37).

Turning was considered a noble hobby, and many gentlemen and kings worked lathes as a leisure activity. Lorenz Zick, the son of the turner Peter Zick, and grandson of the turner Martin Zick, was the most accomplished of the three brothers who all took up the family craft.  He was called to Vienna in 1642-4 to instruct Emperor Ferdinand III and was appointed Kammerdrechsler of the imperial court. Peter Zick was the teacher of Emperor Rudolph II in Prague.
Concentric spheres with turned rays issuing from the circular apertures on the outer form, like the ones seen on the finial on this cup, were some of the most challenging and highly praised feats of the virtuoso turner. 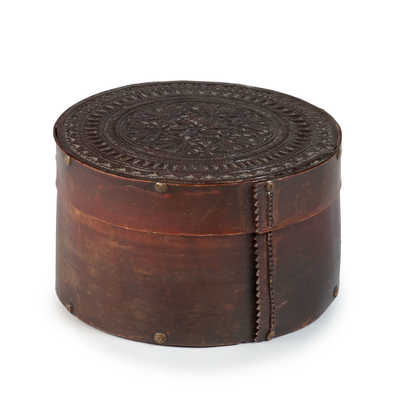 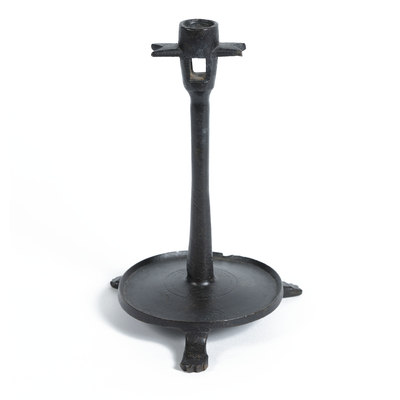