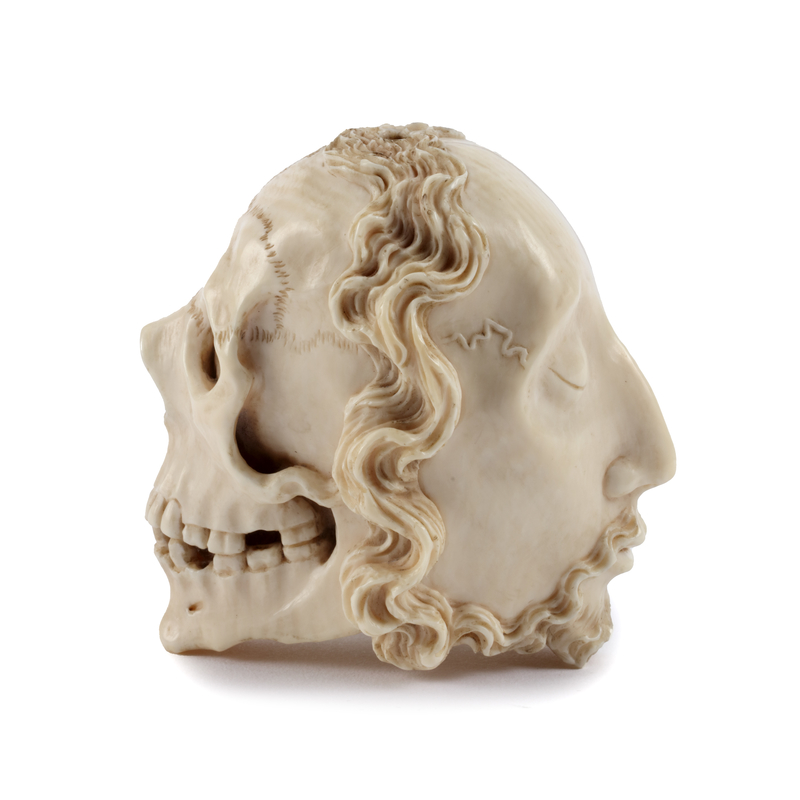 This extraordinary ivory two-faced head depicts Christ and a skull. The finely carved head was part of a rosary. The size of the bead suggests that it was the closing bead at the end of the rosary or one of the six larger beads that reminds the believer to pray the Pater Noster. The rosary helps the owner to pray the recurring prayers, an important part of the early modern Roman Catholic devotion. The beads of the rosary represent different prayers, such as the Ave Maria or Pater Noster.

The two heads are finely carved with many details. The lines between the bone parts of the skull continue into the veins on Christ's face and even the roots of the teeth have been cut into the skull. The beautifully defined curls divide the calm face and the smiling skull,  life and death. The bead is a vanitas object and represents the motto memento mori (remember death). This motif reminds man of his mortality and calls for contemplation of the emptiness, transience, and superficiality of existence. One of the most impressive expressions of memento mori is the skull, the personification of death. The ivory, elephant’s tooth, was associated with bones and death. Yet this bead does not only represent the transience: the head of Christ represents the Passion of Christ and his resurrection from the death. The believer who let the janus head slip and turn through his fingers while praying the rosary was thus reminded of his own mortality and Christ's resurrection. 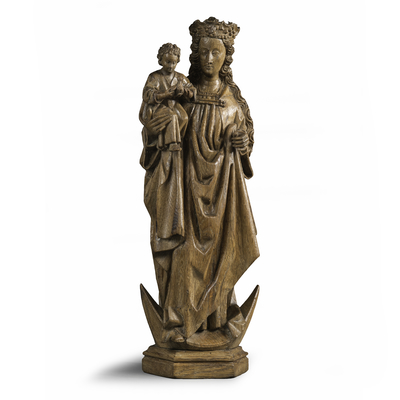 Virgin and Child on the Crescent Moon