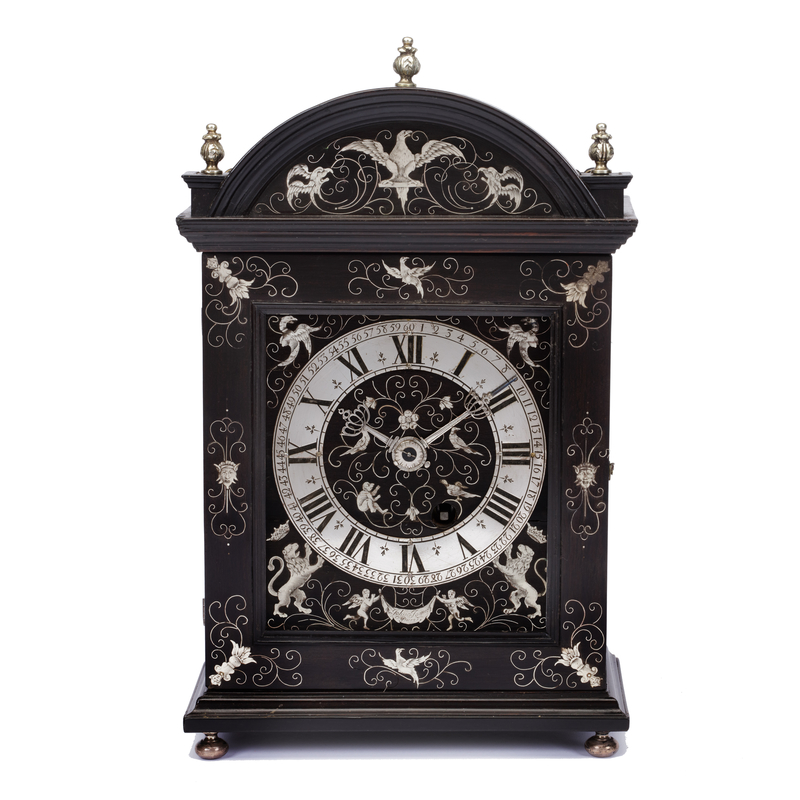 This refined French miniature ebony religieuse is inlaid with exquisite and elegant silver marquetry. The silver chapter ring is engraved with sixty minutes, the hours are indicated with Roman numerals. The profiled case hinges outward on the left, and the rectangular-shaped brass movement, a going barrel with verge escapement and cycloid cheeks, has a duration of two days. The clock has a half-hourly striking mechanism.

The symmetrically inlaid silver marquetry represents floral motifs and mythical figures; at the top of the case, an eagle is depicted with two winged creatures beside him; in the corners of the cases, fantasy figures are enveloped in acanthus leaves with two heads and birds between them; the chapter ring is carried by two crowned standing lions; below the ring are two putti carrying a drapery signed 'John Joyne Paris'; above the dial are two birds; the dial itself is decorated with various animals and flowers. The engraved hands are crown-shaped carved and the minute hand has a steel tip. The sides of the case, with a window on each side, are inlaid with female winged creatures, two heads, and flowers. The silver pinnacles on the top of the cabinet are in the form of acanthus leaves.

The so-called religieuses are French pendulum clocks, clearly inspired by the prevailing French style standards. The richly decorated clocks fit harmoniously into the furniture, and are real showpieces. The English clockmaker John Joyne was active between 1660 and 1700 in Saint-Germain-des-Prés in Paris and was a member of the clockmaker's guild there. 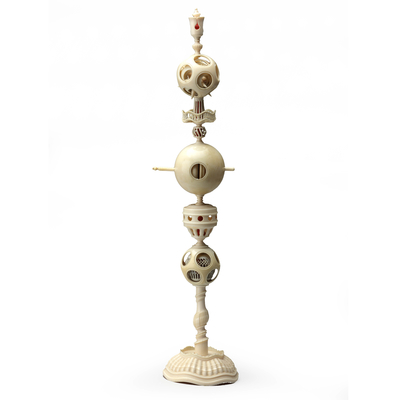 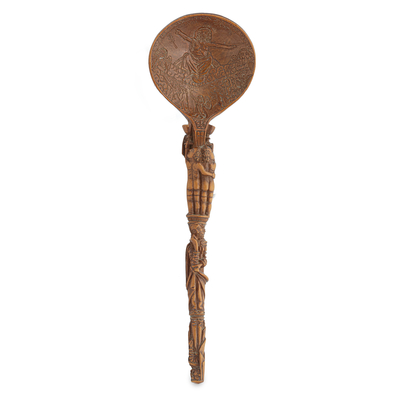