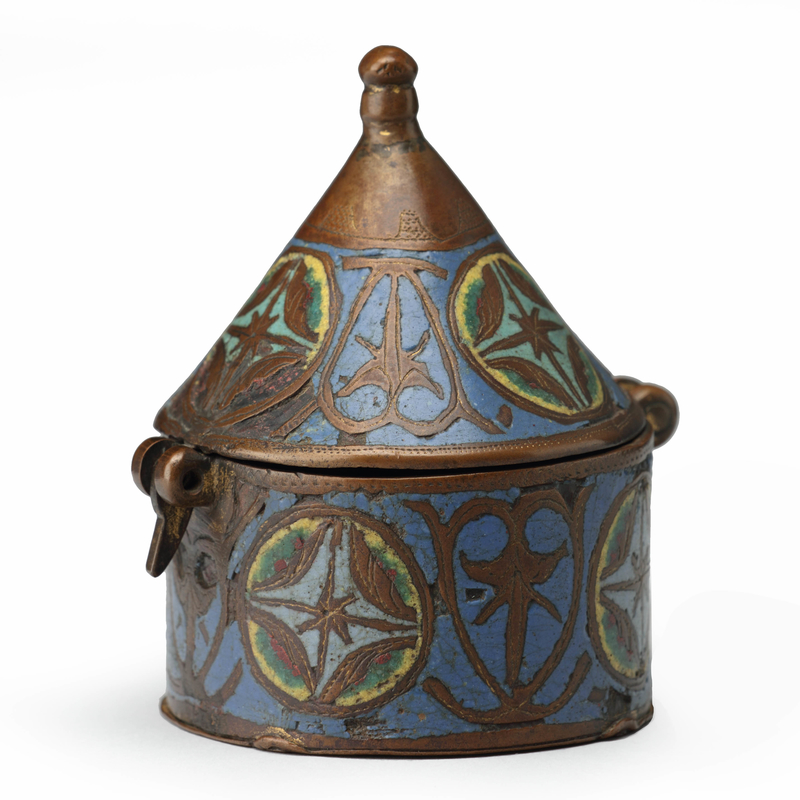 This gilt copper pyx, decorated with champlevé enamel, was used to keep the host for the sacrament of the Eucharist. The pyx was made in Limoges, a French city that was one of the most important European centres of enamel production in the 12th and 13th centuries. The pyx consists of a circular band, with a flat base and a conical lid with a knob. The pyx is decorated with four coloured medallions on the base and three on the lid, with heart-shaped mouldings between the medallions. The gilt copper is engraved and the enamel used is blue, yellow and green, common colours for champlevé work from Limoges.

The enamel production in Limoges reached its peak in the twelfth and thirteenth centuries. An image was gouged in copper, after which the concaves were filled with a mixture of glass powder. This was heated, resulting in an opaque surface. The, mainly religious, objects that were made with this technique radiated luxury and opulence; the gilded copper and glass were reminiscent of gold and precious stones. The enamel production in Limoges grew strongly, partly due to the nearby monastery and the pilgrimage route to Santiago de Compostela, which passed through the city. The objects were in great demand by pilgrims, and thus had a large distribution area. 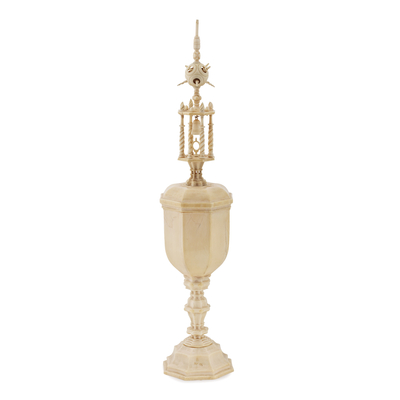 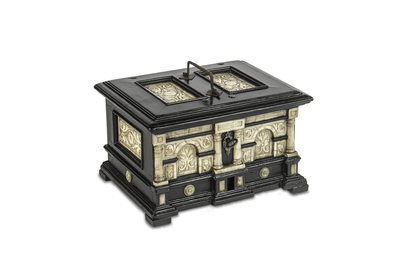 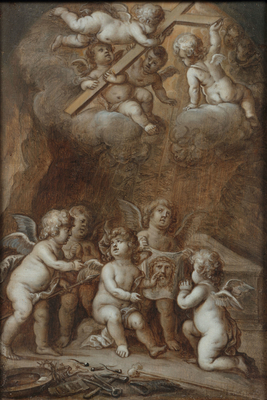