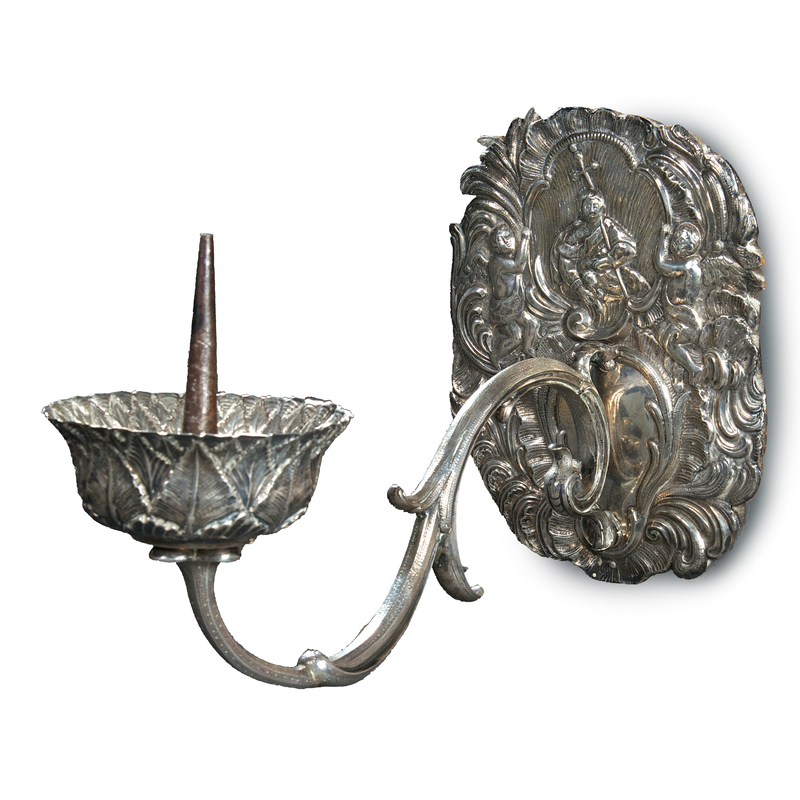 A pair of silver sconces

Marked with the town mark of Amsterdam, the Provincial lion and the maker's mark by Jacob Schenk, the letter I, a star and the letter S.

The wall-plates are decorated with two saints placed in a rocaille cartouche, John the Baptist and a holy emperor, presumably the holy Henry II. The arms are decorated with scrolls and the candleholders are modelled in the shape of flowerbuds. These two light sconces used to be in the Moses and Aaron church in Amsterdam. Originally there were four, the other two currently reside in the collection of the Gemeentemuseum Weert. They show the saints Clara and Anthony of Padua. 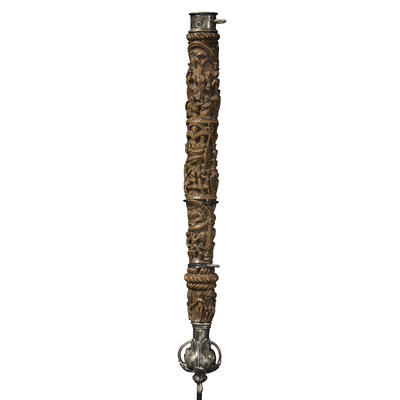 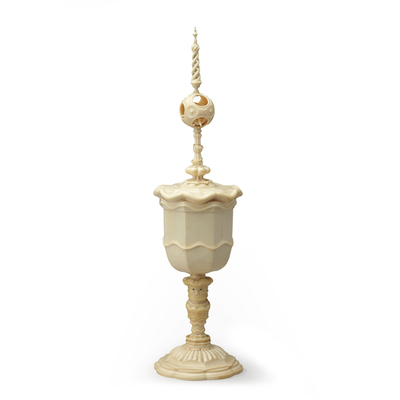 An ivory covered cup with a pierced globe 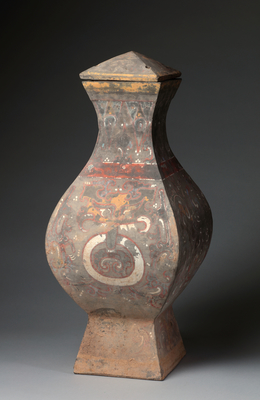