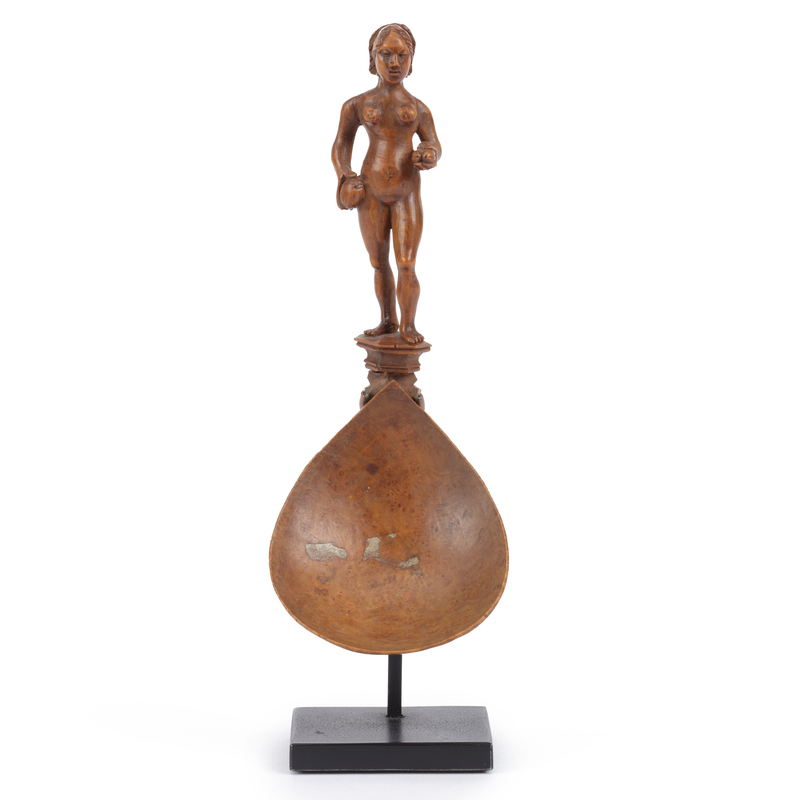 Spoon with the depiction of Eve

The pear-shaped bowl of this magnificent Gothic spoon is characteristic of South German and Swiss cutlery from the mid-sixteenth century. Unusual, however, is the sculptural design of the handle, which depicts a naked Eva. In her hands, she holds the forbidden fruit that she, seduced by the snake, picked from the tree of knowledge of good and evil in the Garden of Eden. With Adam, she ate of the fruits, which inevitably led to the Fall: according to Christianity the beginning of all earthly misery. Both her hairstyle with caul and headband and her physiognomy with narrow breasts and wide hips correspond to the ideal of a 16th-century woman. She is standing on a pedestal, connected to the bowl of the spoon.

A comparable spoon from the second half of the 16th century has been preserved in the Museum für Kunst und Gewerbe in Hamburg, inv. 1882.77. The handle of this pear-shaped wooden spoon shows a court lady with a long train. 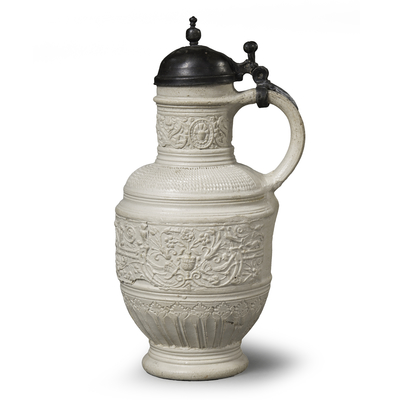 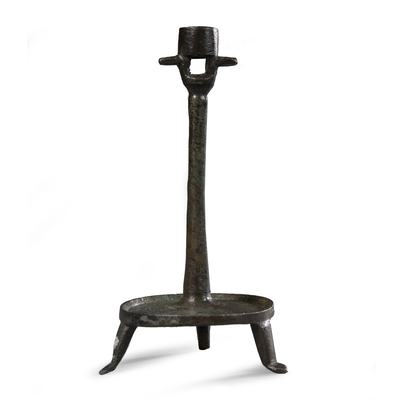