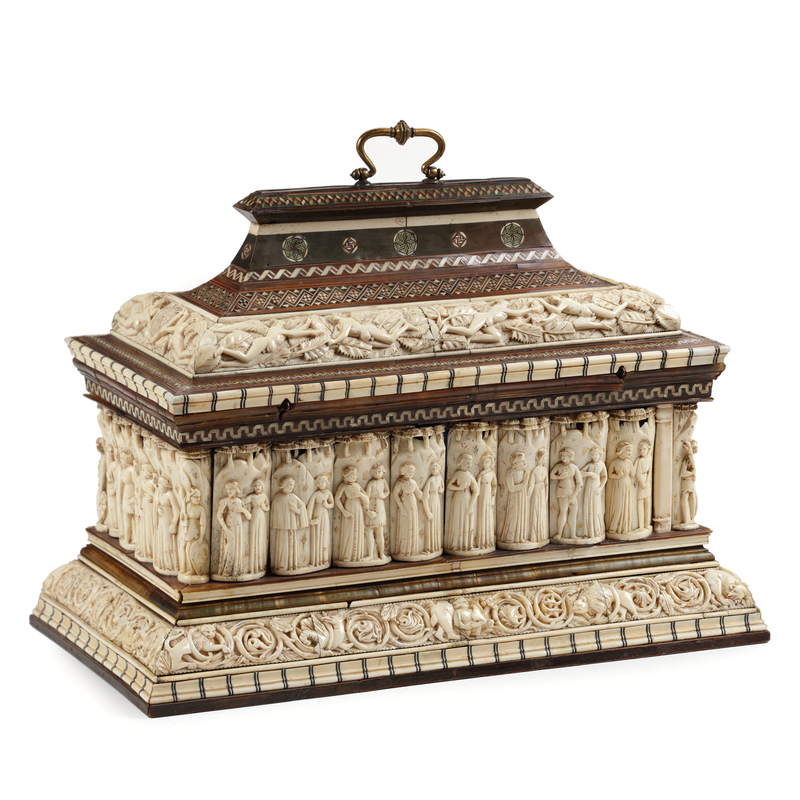 Bride's caskets were exchanged at the weddings of nobles. Their presentation to the bride marked an important stage in her transition from maiden to wife. The present type would have been bestowed upon the bride to contain her marriage jewellery, letters from her lover and other precious tokens associated with their sacred bond. The pairs of demure, conservatively dressed women around the main frieze of the present casket were probably intended to serve as a models for the virtuous bride, whilst also perhaps evoking the preparations for her forthcoming nuptials.

The Embriachi workshop, founded in Florence around probably the 1370s, was responsible for some of the largest and most impressive triptychs and polyptychs of the late Gothic and early Renaissance, including the famous Retable de Poissy in the Musée du Louvre (inv. no. MR 379), which dates from around 1400. The atelier also specialised in sumptuous wedding chests such as this one, which like the large polyptychs, use multiple sewn panels. The present coffin is a very special specimen in view of its large size and quality. 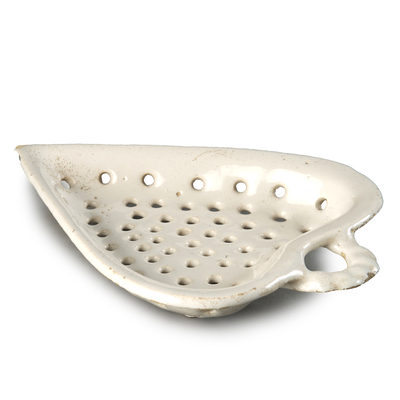 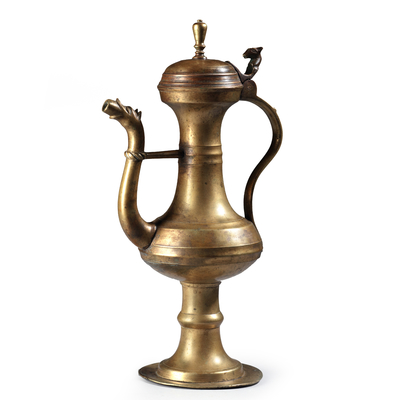 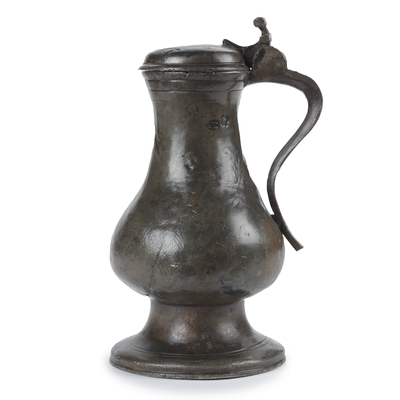