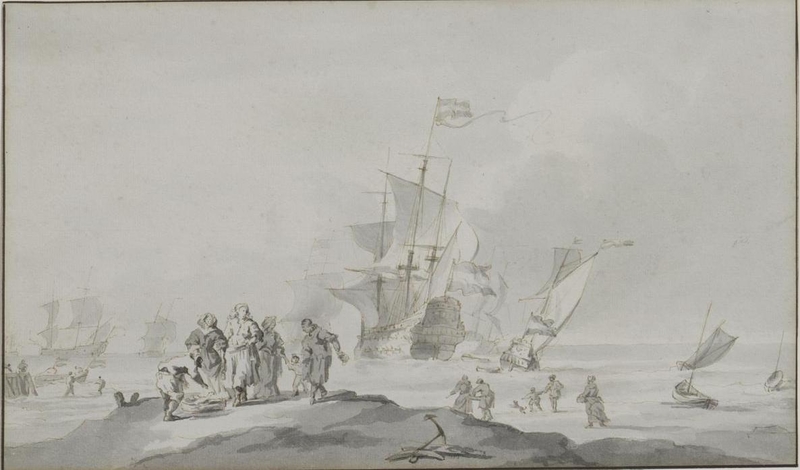 Attributed to Ludolf Backhuysen, 'Sea-scape with a crowded beach'

The drawing shows a crowded beach. A small part of a harbour can be seen on the left-hand side. A large Dutch three-master and several smaller ships are sailing on the sea. On a small dune, a central point in the composition, stands a group of two women, three men and a child. Various people are depicted on the beach, including a child and his dog. Bakhuizen made several works with this composition, see De Beer, p. 125, 126. The drawing is characteristic of his later works, in which he focused on dramatic and atmospheric compositions, paying less attention to the correct representation of reality.

Ludolf Bakhuizen, whose name appears in literature in various forms (for example Bakhuysen, Backhuisen, and Bakhuizen), was born on 18 December 1631 in the German town of Emden. He was the son of a writer, Gerhard Backhaus, and initially followed in his father's footsteps as a clerk in the government offices in Emden. After the family moved to Amsterdam in 1649, he held a similar position in the firm of the wealthy merchant Guilielmo Bartolotti van den Heuvel, a fellow Emden resident. Despite his late start as a professional painter, Backhuysen soon acquired great fame and patronage. He became the most important painter of seascapes in the Low Countries after Willem van de Velde the Elder (1611 - 1693) and his son Willem van de Velde the Younger (1633 - 1707) emigrated to England in late 1672 or early 1673. 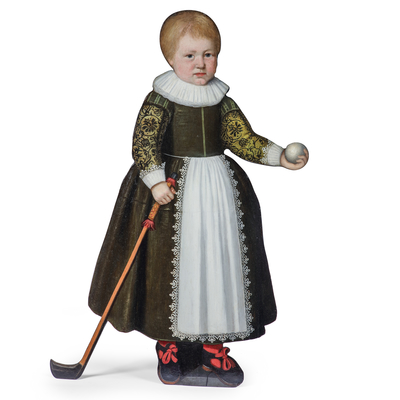