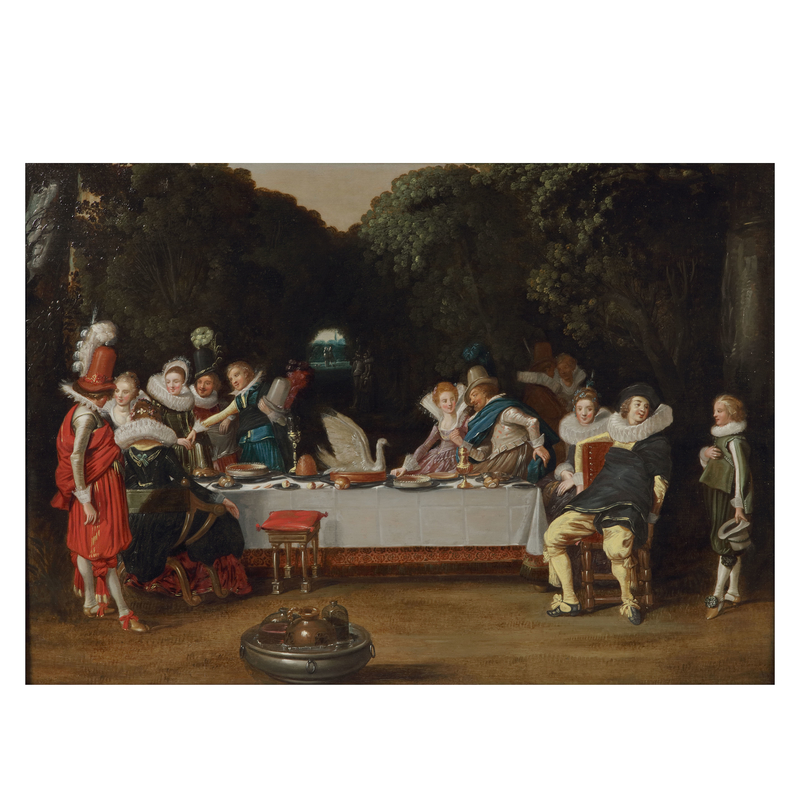 Eight merry love couples are feasting around a table set in a lush garden landscape. The table is set with wine glasses and silverware and delicious dishes are on offer. The main piece is a large peacock pie, put in the middle of the table. The 17th century beholder of this painting would immediately grasp the symbolism: the peacock pie stands for superbia, human pride and voluptuousness. In a broader view, the lively gathering is reminiscent of the Parable of the Prodigal Son (Luke 15:11-32), in which the younger son squanders his father’s inheritance. Yet despite these warnings, the painting celebrates conviviality.

The painting is seen as one of Dirck Hals’ (Haarlem 1591-1656) undisputed masterpieces. Kolfin argues it might be his earliest work, datable on grounds of style and of the fashion of the costumes depicted to around 1617 (Kolfin, 'The young gentry at play: Northern Netherlandish scenes of merry companies 1610-1645', Leiden, 2005, p.105). Esaias van de Velde, David Vinckboons and Willem Buytewech painted merry companies in gardens or terraces as early as the beginning of the 17th century, however, Kolfin further emphasises that the sharp rise in the production of such garden scenes only came about in around 1620 with the work of Dirck Hals, who made it his specialty. Indeed, when both Van de Velde and Buytewech had left Haarlem in 1617, Hals was the only painter producing these subjects here.

Dirck Hals may have been an apprentice of his elder brother Frans Hals and Willem Buytewech. The present work can be compared to Buytewech’s well-known 'Company in a park' in the Gemäldegalerie in Berlin (on loan from a private collection). The many similarities in the composition and the distribution of the fashionable figures in two groups on either side of the set table, as well as in motifs such as the wine-cooler in the mid-foreground and the empty chair in front of the table, suggest that Hals might be emulating Buytewech here, while Hals'  loose brush-strokes and spontaneous execution suggests the influence of Frans. 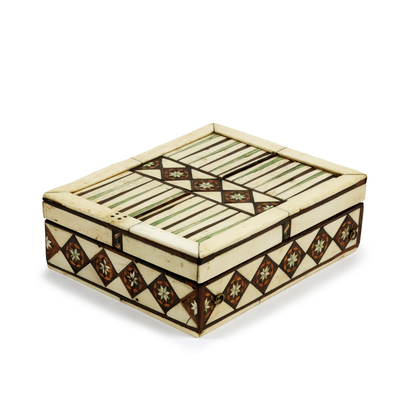 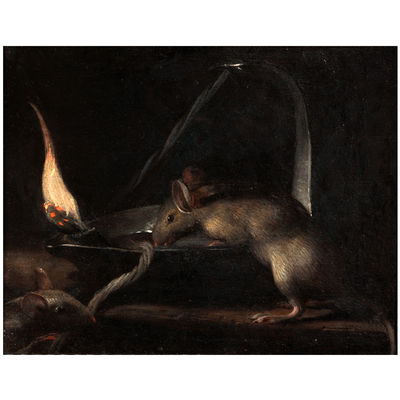 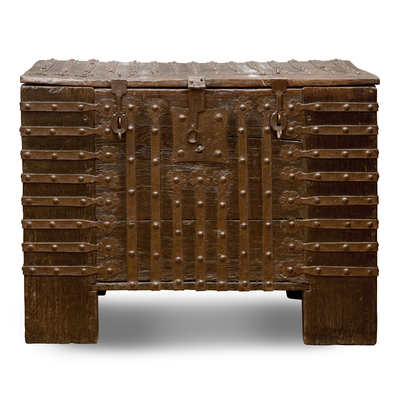