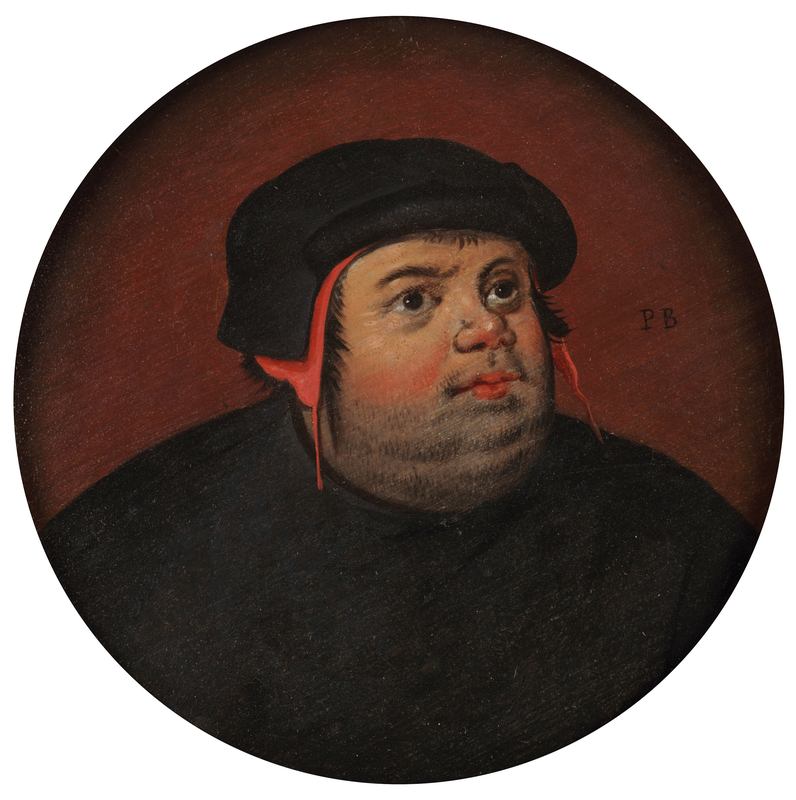 These caricatural portraits of a man and a woman are attributed to Pieter Brueghel II (Brussels c. 1564 - Antwerp c. 1637) and signed with the monogram PB in the respective upper left and right corners. The man, depicted as an unshaven farmer, wears a black jacket and a black and red hat with a turned-up brim. The woman wears a red jacket and a white starched hat. On the back of the portraits is a label with the text: 'Martin Luther marié a Catherine de Bovren Religieuse le 13 Juin de L'an 1525' and in black letters the collection number KB643. As the labels indicate, the portraits were previously thought to represent Martin Luther and his wife Katarina von Bora at the time of their wedding in 1525, rather than caricatured studies of two peasants.

The two portraits are depicted, in a larger format, on both a painting of an art gallery by Frans Francken the Younger 'Gallery of a Collector' (1635, collection Residenzgalerie Salzburg, inv. no. G 027) and on the painting 'Interior of a Gallery with Paintings and Works of Art' (1637, collection Musée du Louvre, inv. no. MI 699) by Cornelis de Baellieur. Frans Francken the Younger (1581 - 1642) and De Baellieur (1607 - 1671) were both Southern Netherlandish painters, working in Antwerp, who are known for their paintings of art rooms and galleries, in collaboration with other painters. On the two, strikingly identical, paintings, the portraits are depicted on the back wall on the left. The portraits are shown larger on the painting than in reality, to make them stand out better. Both painters considered the portraits important enough to include in the depicted collection. 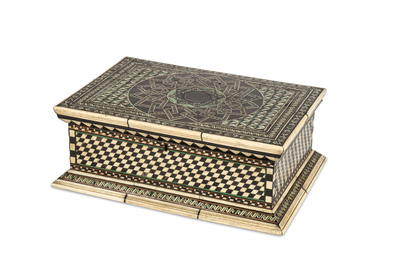 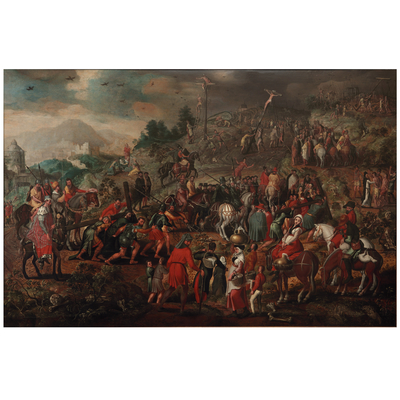