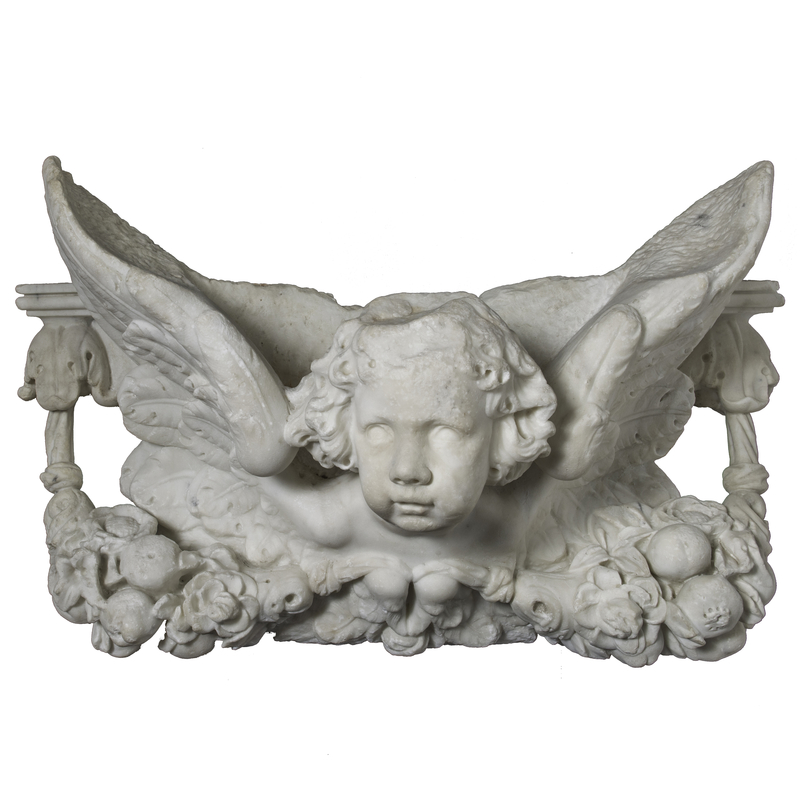 Marble sculpture of a putto

This putto is made of Carrara marble. His two feathered wings sprout from his shoulders. The putto has curly hair and leans a little forward. He gazes slightly to the right. Behind the putto is a horizontal profiled cornice, with a decorative leaf ornament on the sides from which a symmetrical garland hangs. This is decorated with pomegranates, flowers and leaves, and comes together in a knot under the breast of the putto. The nose of the putto has been restored. The cornice behind the putto suggests that it may have been part of a frieze above a door or passageway, or part of a façade.

The word 'putto' is derived from the Latin 'putus', meaning child. The motif of a winged and naked child has its origins in classical antiquity. The Greek Eros and the Roman Cupid or Amor were often depicted as plump putti, an image that was revived in the Renaissance. The Florentine sculptor Donatello (1386-1466) is often seen as the driving force behind the renewed interest in the putti. The putti of the Renaissance became part of Christian art and merged with the Biblical cherubs and angels, and the terms are often used interchangeably. In the Baroque and Rococo periods the light-footed putti remained popular. They can have both an allegorical and a decorative function. 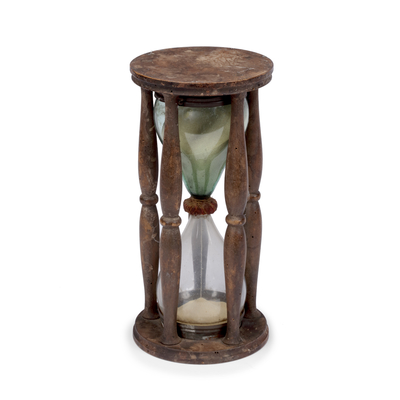 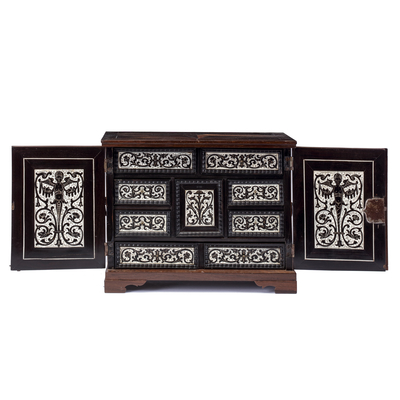 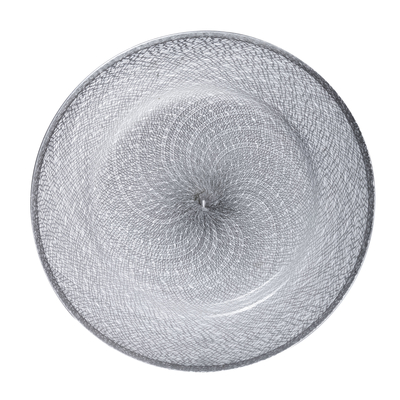