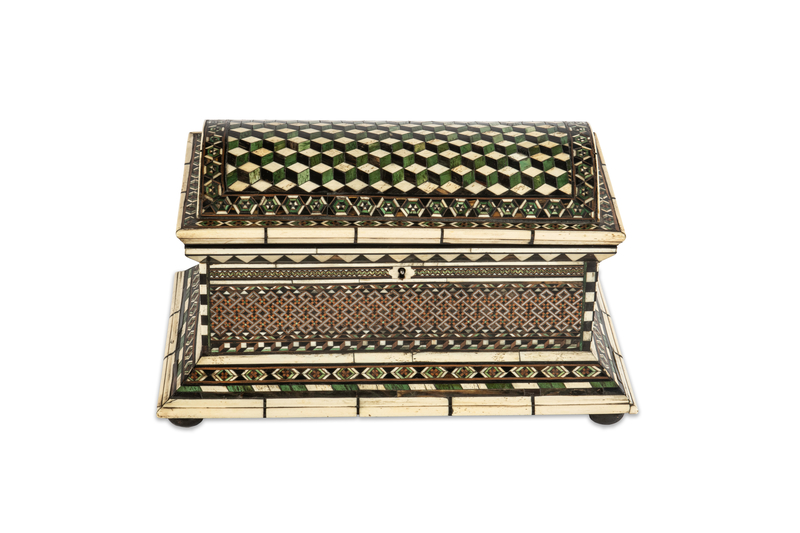 This large casket is decorated with characteristic geometric patterns of Embriachi. Lined at the top and the bottom with broad bands of white bone. The domed cover is decorated with a series of small cubes in white, green and brown coloured bone, and an inlaid band with a diamond pattern against a dark background. The smaller sides have interlacing half diamond shapes from black horn and white bone. The sides are decorated with pewter accents in an interlacing pattern, the same diamond pattern with a checkered filling. These patterns are created with the contrasting colors of wood, (colored) bone and pewter. This is ‘intarsia technique’, a term derived from the Arabic 'tarsi', which means 'incrustation'.

Read more
The application of geometrical motifs is in Italy known as marquetry ‘alla Certosina’, named after the Certosina Church in Pavia with its famous altarpiece decorated in this way. ‘Alla Certosina’ became famous through the Northern Italian Embriachi family who achieved a particularly high standard in working in this technique. In the materials and design of the casket, we see the influence of the Islamic world upon luxury objects in 16th century Italy. The trade routes between Venice and the cities of the eastern Mediterranean resulted in a two-way cultural exchange. This casket was intended to keep important paper, money or jewelry safe.
A similar casket, used for storage of jewelry, can be found in the collection of Victoria and Albert Museum (inv.no. 2568-1856).
You might also like 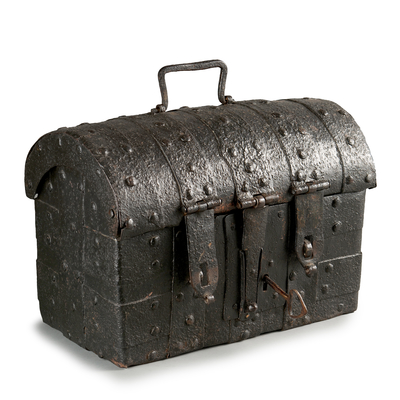 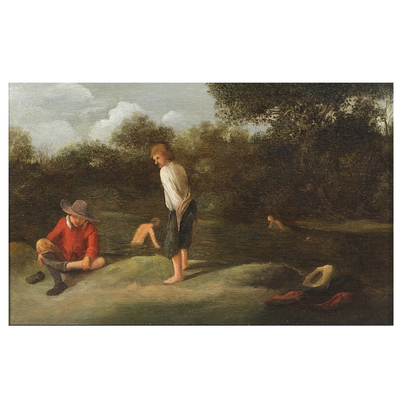 Attributed to Jan Steen, 'Boys at a river bank' 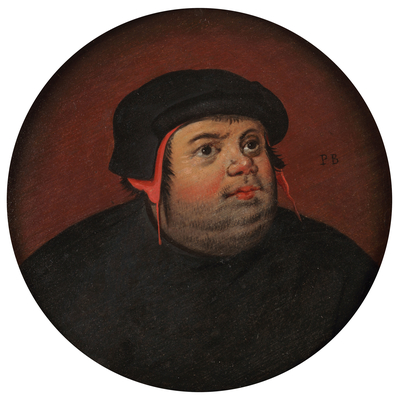 Portraits of a man and a woman, attributed to Pieter Brueghel II
Legal