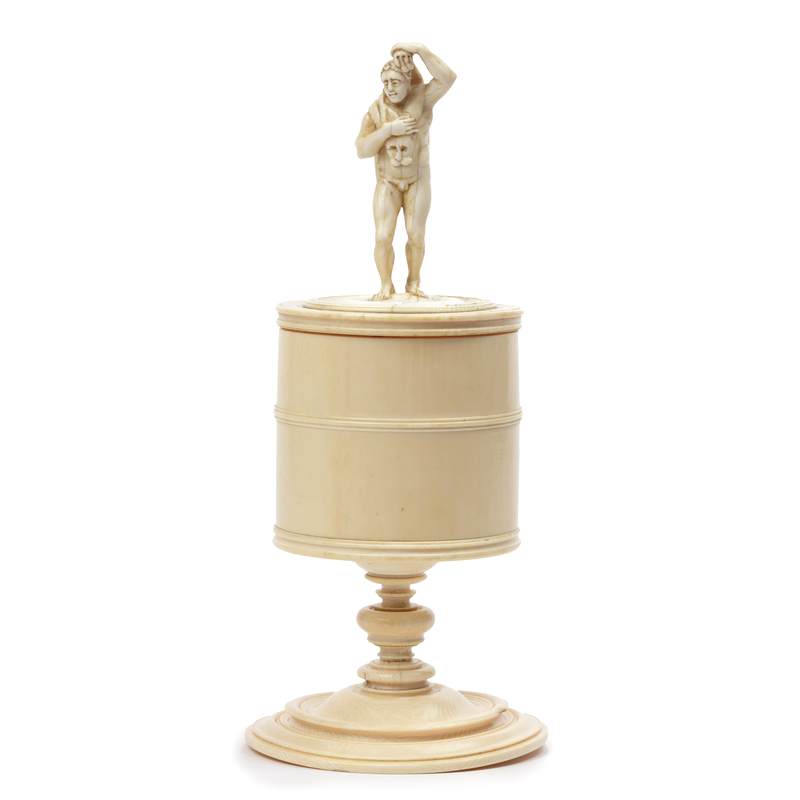 This refined ivory cup has a turned foot, goblet and lid, with a standing Hercules on top. The smooth and straight goblet has a single profiled line. The foot is turned several times in grooves, with a central nodus, over a round foot with a deepend groove. The lid has a screw thread. The cup is numbered ‘315’ in brown ink in the inner rim of the lid. On top of the lid is a figure of a naked Hercules, wearing the skin of the Nemean lion around his shoulders. In his quest of twelve labours, Hercules was to slay the Nemean lion, a vicious monster that had impermeable fur. After Hercules fought the beast and won, he wore the skin of the lion as a protection.

In the sixteenth and seventeenth centuries, turning was a distinguished hobby, practised by European nobility, princes, and kings. The turning of ivory, using a mechanically powered lathe, was seen as an appropriate and virtuous pastime, in which the practitioner was trained in precision and concentration, and at the same time created fascinating objects which often served as (diplomatic) gifts or were part of a cabinet of curiosities. These objects fitted perfectly in the cabinets of curiosities; they combined craftsmanship and natural material with the growing knowledge of geometry. These beautiful, virtuosic objects often had fabled abstract forms and were considered the showpieces of a kunstkammer collection. The possession of such pieces was not only a testament to one's wealth and intellect, but also to one's power, as the manipulation of natural elements meant that nature could be categorised and shaped by man.

The turning was done mechanically with a lathe: a piece of ivory was xed in the lathe, which could make the object move in two or three directions at the same time. The maker took a sharp object and held it to the rotating ivory. The different movements and directions of the mechanism allowed the maker to shape the object as desired. The craftsmanship of the maker, and in particular his or her geometrical and spatial insight, steady hand and precision, determined the complexity and sophistication of the nal object. The mechanism of the lathe, which can be adjusted, makes these exceptional turned objects the first examples of ‘machine-generated art’. 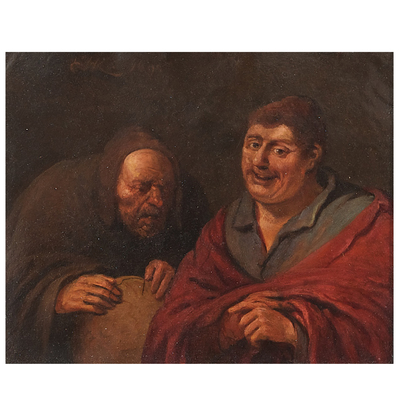 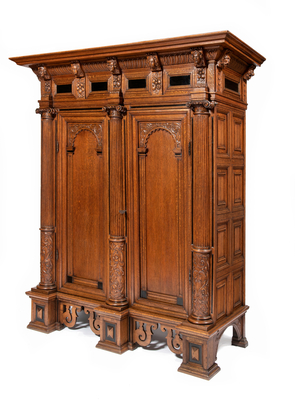 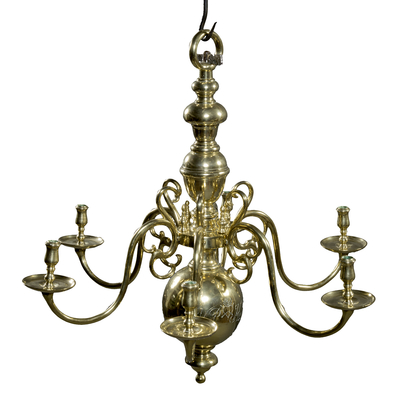