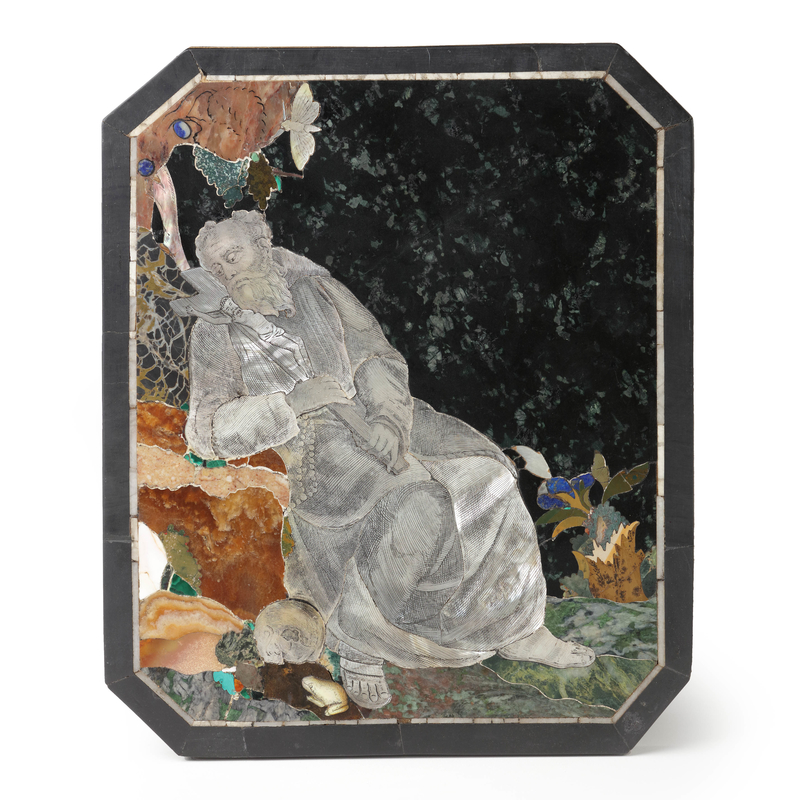 The plaque depicts Saint Jerome (Hieronymus), attributed to Dirk van Rijswijck and is made of an engraved mother-of-pearl inlaid touchstone and marble panel. Saint Jerome (347 - 420) was a priest, confessor, theologian and historian. He is best known for his translation of most of the Bible into Latin, this translation became known as the Vulgate, and his commentaries on the gospels. His list of writings is extensive.

Trained as a goldsmith, Van Rijswijck was celebrated during his lifetime for his inlay work of mother-of-pearl in ebony or black marble creating still-life pictures and several tabletops. 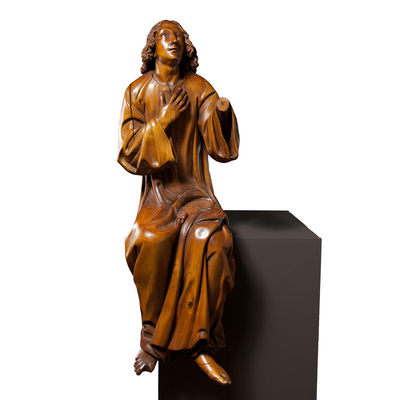 A limewood sculpture of an angel 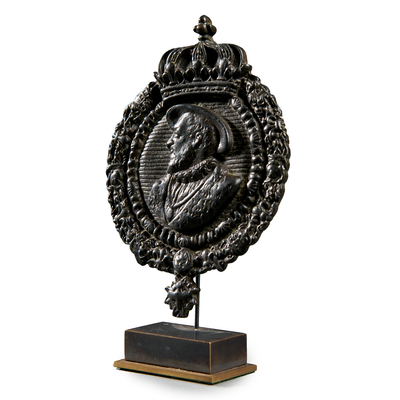