This extraordinary travel triptych is attributed to Bicci di Lorenzo (Florence 1371-1452). The gold-plated central panel is painted with a depiction of Mary with the Christ Child and two saints, the side panels show four saints and the Annunciation. The side panels of the triptych are closeable and the back of the panels is painted. The triptych is decorated with stamped punch marks, in an arch pattern, around the composition. This travel triptych is characteristic of early work by Bicci di Lorenzo: the compact composition points to the late Florentine trecento style in the tradition of Agnolo Gaddi and Mariotto di Nardo and the vividness of Andrea Orcagna, the soft lines, colours and attention to detail fit within the late Gothic style. Similarities in style and painting technique are evident in comparison with other works by the hand of Bicci di Lorenzo, such as the large Porciano triptych with the Annunciation and Saints (1414) in the Propositura di Santa Maria, Stia. The middle panel of the triptych has the same composition as the triptych of Sant'Ambrogio, in Florence.

On the left panel is Julianus Hospitator, dressed in a long red cloak and holding the sword with which, according to tradition, he killed his parents. To make up for his sin, he later started an inn, which is why he was called 'hospitator'. Next to him stands Antonius of Egypt, one of the first monks and the father of monastic life. He is carrying a book and holding a staff. On the middle panel, Mary is depicted seated with the Christ Child on her arm. Bicci di Lorenzo placed her high in the composition and made her bigger than the other persons. She is wearing a red dress, with a black cloak and head scarf. To the left of Mary stands the apostle James, with a pilgrim's staff. To the right of Mary stands Peter of Verona, a martyr who was murdered by a dagger, and who, according to tradition, wrote the first line of the Apostles' Creed on the ground with his own blood after the attack. He is holding a quill and a book. The two saints and Mary stand on a red rug with a floral motif. On the right panel, Leonarudus of Noblat, a saint known in particular for the many prisoners he freed, is depicted with a key in his hand. Next to him stands Francis of Assisi, founder of the Franciscan monastic order, with stigmata visible on his hands and feet. The Annunciation is depicted in the upper corners of the side panels; on the left the angel Gabriel kneels, on the right Mary sits with a book on her lap, a traditional iconographic image. All the figures have a halo around their heads, embossed in gold. The red aureole around the head of Jesus is smaller than the other aureoles. A marble pattern is painted on the back of the side panels, with a diamond-shaped mosaic pattern in a quadrangle on both side panels. A pentimento is visible on the right panel; instead of the two saints, there was originally a crucifix. Portable travel triptychs like this one were mainly made for private devotion. The striking and unusual choice of saints suggests that the triptych was made according to specific wishes, and for a particular person.

Bicci di Lorenzo was a Florentine painter and son of Lorenzo di Bici (d. 1427). He became a member of the St. Luke's Guild in 1424, and received commissions not only from Florentine patrons and wealthy people, but also from churches in the area and neighbouring towns. He produced works for, among others, the Cathedral of Florence and the Hospital of Saint Maria Nuova. Bicci di Lorenzo was trained by his father, a famous painter in the typical late Gothic style, and probably took over the studio around 1400. Some of the works previously attributed to his father are now attributed to Bicci di Lorenzo, and the early work of Bicci di Lorenzo is strongly influenced by the trecento work of his father. Later, under the influence of innovative contemporaries such as Lorenzo Mona, Gentile da Fabriano, Masolino and Fra Angelica, he incorporated more vitality and realism into his works. The workshop of Bicci di Lorenzo became one of the most productive in all of Florence between the late 14th and first half of the 15th century. Around 1440, Bicci's son, Neri di Bicci (1419-1491), took over the studio. In Vasari's 'Le Vite' (1550), Bicci di Lorenzo is mentioned as the son of Lorenzo di Bicci. Vasari erroneously refers to Neri as Bicci's brother, rather than his father. 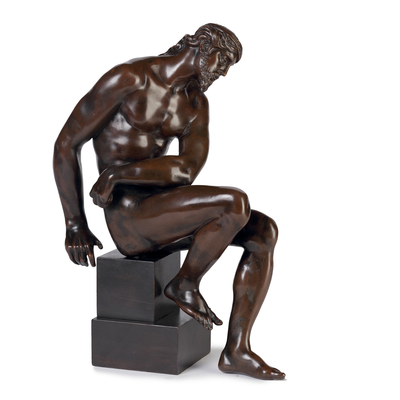 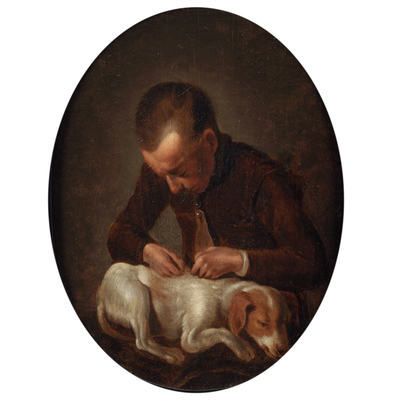 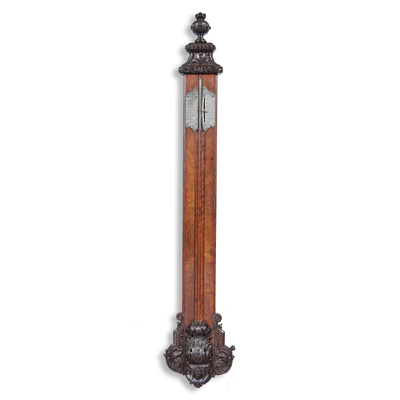