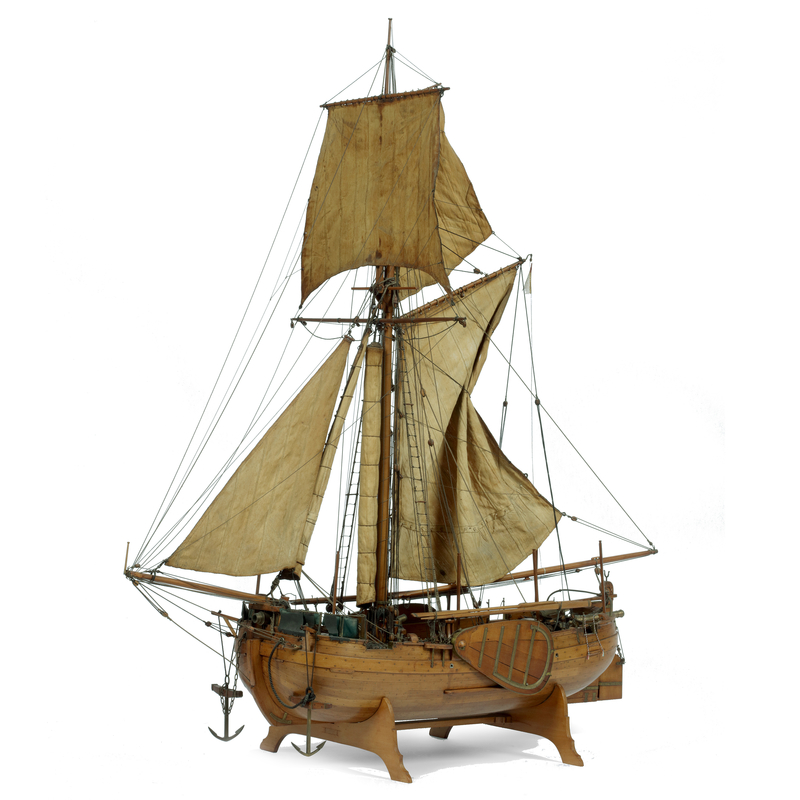 Model of a gaff-rigged gunboat

This highly refined and well-preserved full-scale model (scale 1:30) of a gaff-rigged gunboat was built around 1830. It is a shipyard model and was built at one of the naval shipyards, probably the Rotterdam shipyard. A shipyard model is an exact scale model based on the building plans, which was made before construction of the ship began. The model is in line with the tradition of the gunboats around 1830, used by the Dutch Navy to guard rivers and coastal estuaries. These, rather small, stable warships were about 15 metres long, 7 metres wide and 80 tons heavy and were armed with various firearms. The design was derived from the ships used by the Franco-Bataafic Navy at the end of the 18th century. The gaff-rigged gunboat was the largest gunboat type used by the Dutch Navy and played an important role in the Belgian uprising of 1830, including the blockade of Antwerp. The best-known gunboat is undoubtedly gunboat no.2, which was blown up by commander Jan van Speyk in order to escape the Antwerp rebels, with the alleged and very dramatic exclamation '...then rather up in the air!

The model has a round bow and stern and is rigged with a single-masted gaff rig with sails hanging in full, the mast with stem, square foresail and topsail, staysail and jib, mainsail with gaff and boom, gaff topsail and a tricolour flag. The model is flat-bottomed and has leeboards. The model has two caronnades in the bow and poles along the entire gunwale. These poles could be used to erect a high waist cloth, behind which the crew could hide during battle. The waist clothes on the sides are slightly worn, which confirms that they are probably original. A cannon is mounted on a pivot sled in the bow, and further details include a capstan, a galley chimney, hatches, a deckhouse, a compass house, gun loading gear, oars and two anchors.

Several shipyard models of the gaff-rigged gunboat around 1830 are known. These models show the design process and variations on the ship. Some of these models are still together in the collection of the Marine Models Room of the Rijksmuseum (see inv. no. NG-MC-672, NG-MC-673, NG-MC-1025, NG-MC-1088), in all likelihood this shipyard model was part of this ensemble. The unrigged model NG-MC-1025 is the closest in construction to the shipyard model in question.

Length from leeboard to rudder: 67.5 cm 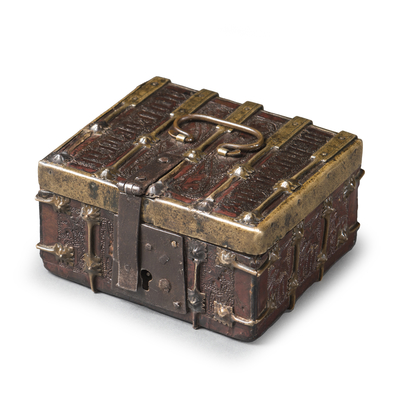 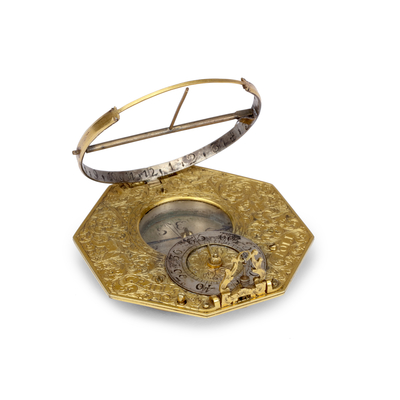